The situation that the country is going through is evidence of a deepened political, social, economic and armed conflict of historical and structural character. The government of Juan Manuel Santos advances in the implementation of a strategy to politically and juridically safeguard the system of domination and capitalist accumulation. This by means of the imposition of a neoliberal peace and a legislative armor that serves the interests of the transnational capital; consisting of ZIDRES, the tax reform and the Decree 3080 of 2016.

The energy mining and agroindustrial policies underpin an extractivist model that is harmful to the environment and that liquidates the life of native peoples, communities of afrodescendats, peasant and urban communities.

This context raises a challenge to the Colombian peasantry and people to position itself as a social actor and political protagonist, to reclaim and participate in scenarios and mechanisms of decision making with the territorial focus, such as open town meetings, peasant assembles, popular constituents, the Social Table for Peace and the Grand National Dialogue. This as a part of a constituent, popular and democratic process where we present our proposals and demands as part of a social agenda of peace, in the pursuit of an agrarian integral reform and of welfare, Buen Vivir, the democratization of the country and a peace including social justice and a decent life. So to continue accumulating forces to obtain structural changes for a new society.

In this perspective, the Peasant Peace Summit regognizes the mobilization as the principal way to construct unity, political action and to enforce the compliance of the agreements resulted by the negotiations between the national government and the Agrarian Summit in the themes of; mining, energy and rurality, territoriality, recognition of the peasantry as a political subject with rights, peasant economy, cultivation of coca, marijuana and poppy, guarantees and human rights.

Autonomously and through the exercise of popular power we will continue forging the peasant territories, and we will implement the peasant ways of life and territorial order as strategies to confront the extractivist and agroindustrial model.

We validate and we will continue developing the carnivals of life and water, the popular queries, native seed banks, and the camps in defense of the territory and for the expulsion of multinational companies to brake the energy mining and agroindustry. We will push the sectarian and intercultural coordination in the territories in order to participate in a binding way in institutional scenarios, for instance in the plans of watershed management, the municipal development councils and the territorial planning council.

We demand participation in the implementation of the agreements reached in the Havana, and that the national government prepares to start the public phase of the dialogues with the ELN and the exploratory phase with the EPL.

We call out to the Colombian people to advance in the mobilization and to unite from the streets, the neighborhoods, the universities, the native reservations, and from the peasant and collective territories. To form a popular block and a social agenda in defense of the territories, against the dominant model and towards a peace of social justice and a decent life, and towards the construction of a popular power.

We convoke the Colombian peasantry to reaffirm our culture and identity as people and political subject in defense of the land, of the territory and the peasant economy; to implement peasant reservations and our own government, and to defend and implement the rights of women, of children, of adolescents and of the victims. 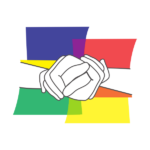